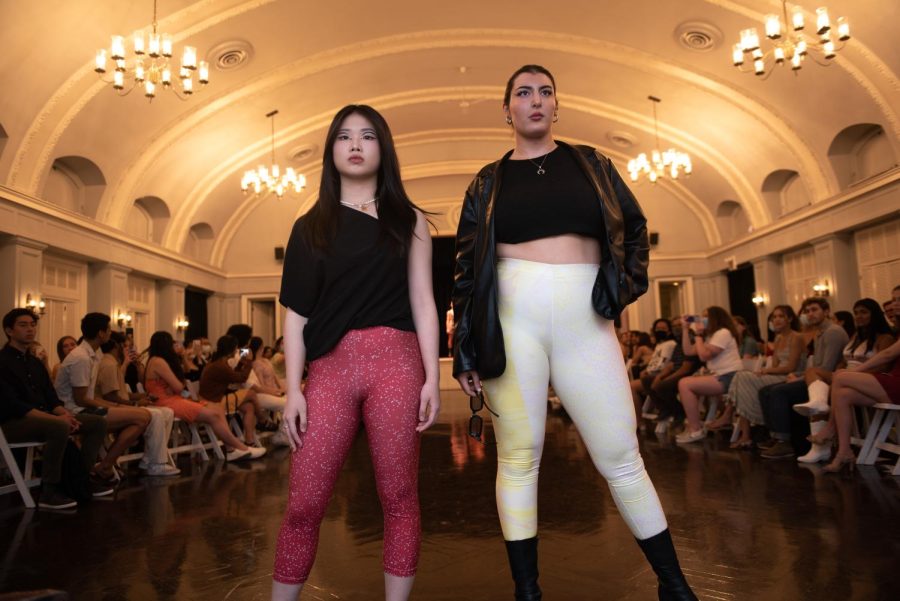 Weinberg sophomore Armaan Bhansali and Weinberg freshman Adi Mallowah showed off the black and blue dress at the end of the UNITY fashion show runway.

The UNITY Charity Fashion Show held their annual show on May 12 with the theme “Rebirth,” marking the first return to personal production activity since 2019. The group has partnered with Arts of Life, a Chicago nonprofit that supports artists with intellectual and developmental disabilities.

SESP sophomore Anthony Engle, UNITY’s director of production and finance, said UNITY and Arts of Life encourage people to express themselves through creativity.

“It gives back to the community the way in which (Art of Life artists) can express themselves and use their own creativity just as UNITY members do in their closets,” Engle said.

The budget of the fashion show is about $ 10,000 and features 10 designers from the Chicago and Evanston areas, according to Engle. McCormick junior Sahibzada Mayed and his fashion start-up Naranji created the event designs from a Northwestern student.

Started as Mayed’s engineering capstone project, Naranji uses computer -generated patterns for fabric inspiration. After the patterns were completed in March, Mayed said they prepared the clothes during the Spring Quarter to officially launch the brand at the UNITY show.

While developing Naranji’s pieces, Mayed said he promoted the idea of ​​fluidity in how clothes are styled. At the fashion show, the same item is worn as a skirt on one model and as a tube top on another.

Mayed expressed their hope that customers will wear Naranji’s clothing in their own styles.

“I know there are a lot of fashion designers who make more intricate pieces, but I don’t see people wearing that every day,” Mayed said. “We focus on pieces that literally fit into people’s lives.”

One of Naranji’s designs, a purple dress, was modeled by first -year computer science graduate student Yamini Ulaganathan. Because of her professional modeling experience, she has been involved in everything from judging open-call auditions to teaching models how to walk.

Ulaganathan described how he was trained in a harsh environment and wanted to focus on building trust with UNITY. She said she schedules private one-on-one training sessions for any model that requires more practice.

“I don’t have anyone to do that for me, so I will try to do that for someone else,” Ulaganathan said. “I was there where I bothered with the choreography and was scared of the people around me.”

Engle said UNITY has already begun contacting locations in downtown Chicago to host next year’s show in the larger venue. In the future, the organization also plans to host several pop-up thrift shops and invite speakers from the fashion industry.

For Engle, UNITY provides the NU community with ways to express the style of a campus that lacks a strong fashion scene.

“We try to provide that experience for Northwestern students because we know they like fashion,” Engle said. “We hope it becomes an outlet for them.”